Are online gambling accounts required to be reported to the IRS? 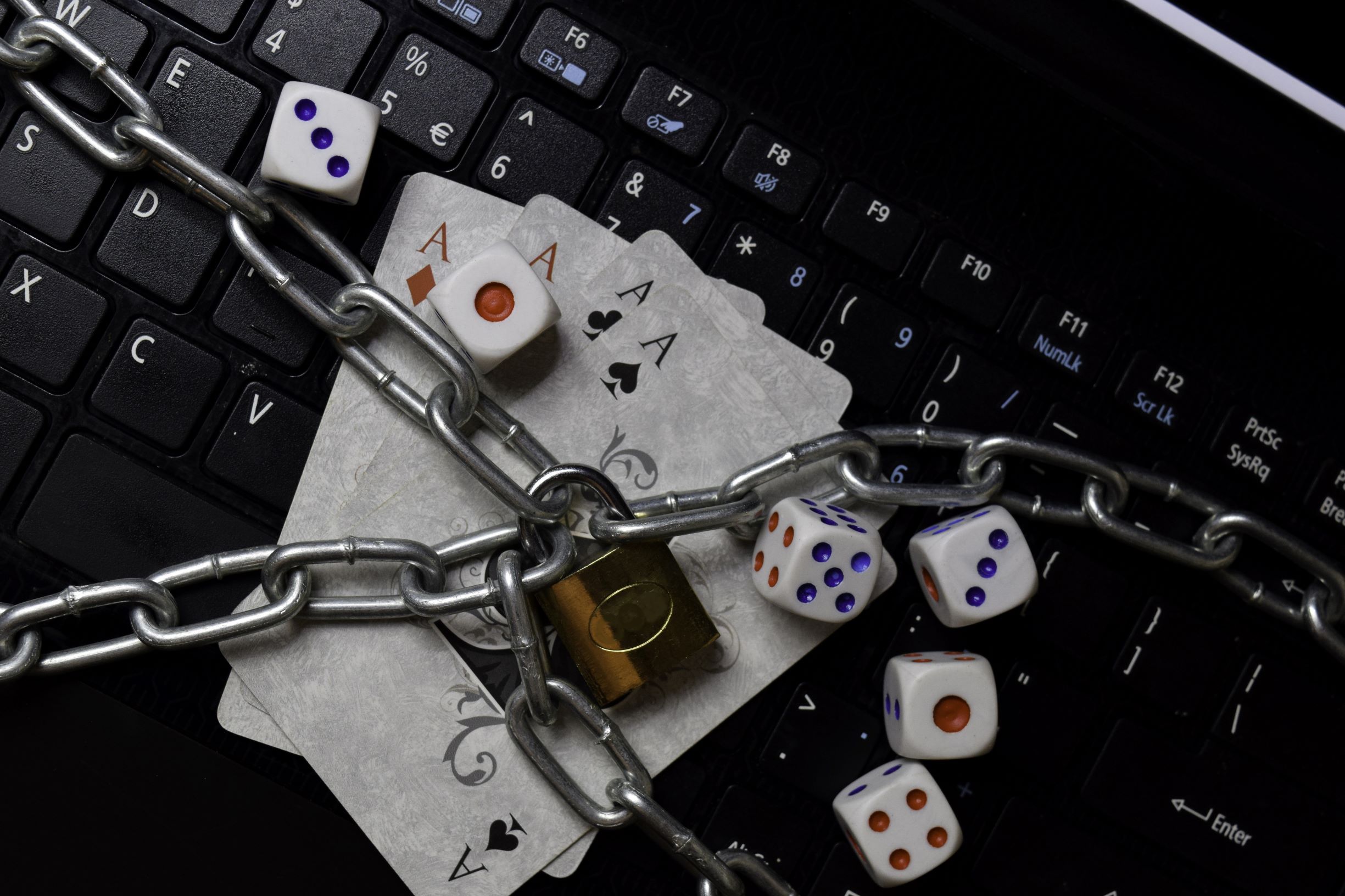 A recent appeals court ruling seems to leave the possibility open, and provides taxpayers a different reason to be particularly worried.

Millions of people play online poker. One of the most popular games in the country is, of course, Texas Hold 'Em, and it's a virtual requirement to know the basics if you're a resident of the Lone Star State. A recent ruling by the Ninth Circuit Court of Appeals in San Francisco - while not controlling in Texas - seems to lean toward the idea that at least some online gambling accounts will be considered "financial accounts" for purposes of the requirements to report foreign accounts under the Bank Secrecy Act and the applicable regulations thereunder. If that's the case, taxpayers with these accounts will be required to file FBARs for them, which presents some pretty interesting conflicts for them.

During 2006, John Hom gambled online through internet accounts with PokerStars.com and PartyPoker.com. Both websites allowed Hom to deposit money or make withdrawals. Hom used an account at FirePay.com, an online organization that receives, holds, and pays funds on behalf of its customers, to fund his online poker accounts. In 2006, FirePay ceased allowing U.S. customers to transfer funds from their accounts to offshore internet gambling sites. In 2007, Hom continued to gamble online through his Poker Stars account, and used Western Union and other online financial institutions to transfer money from his bank account to his poker accounts.

At various points in both 2006 and 2007, the aggregate amount of funds in Hom's FirePay, PokerStars, and PartyPoker accounts exceeded $10,000.

After paying these penalties, Hom instituted suit in the Northern District of California seeking a refund. The district court upheld the penalties, finding that each of Hom's accounts were required to be reported because they functioned as institutions engaged in the business of banking, and were located in a foreign country. Hom then appealed to the Ninth Circuit.

In its analysis, the Ninth Circuit Court of Appeals primarily focused on whether each of these accounts consisted of "bank, securities, or other financial account[s]" held with a "financial institution," and whether they were located in a foreign country. In each case, a "yes" to each of these questions required an FBAR to be filed on behalf of the taxpayer.

The court concluded that Hom's FirePay account fit within the definition of a "financial institution" pursuant to the provision under 31 U.S.C. § 5312(a)(2)(R) referencing money transmitters. The court discussed Hom's actual usage of the account, noting that he used it as an intermediary account in order to transfer money between his U.S. bank account at Wells Fargo and his accounts with PokerStars and PartyPoker, with the ability to transfer money to either place once it was held within the FirePay account. However, the court concluded that the accounts with PokerStars and PartyParker didn't constitute "bank, securities, or other financial account[s]," and thus weren't required to be reported on an FBAR contrary to the district court's findings in the case. The court focused again on how Hom used these particular accounts, noting the fact that Hom used them for online gambling, and pointed out that no evidence was shown that either account served any other financial purpose for Hom other than holding funds Hom used to be able to gamble with. Importantly, the court's decision doesn't explicitly exclude the possibility that online gambling accounts could be subject to the FBAR filing requirements provided by the Bank Secrecy Act. In the footnotes, the court points out that the government attempted to argue for the first time on appeal that PokerStars and PartyPoker are both "casinos" and thus fall under 31 U.S.C. § 5312(a)(2)(X)'s definition of "financial institution." Of course, because this argument was not made in the district court below, the Court of Appeals wasn't able to address it. But even if it did, under the court's analysis, whether or not this account is required to be reported on an FBAR depends more on whether it qualifies as a "bank, securities, or other financial account" according to the regulations. Under the current version of those regulations, the account clearly doesn't fall under the definitions of either a "bank" or "securities" account. An FBAR is required to be filed when:

(i) An account with a person that is in the business of accepting deposits as a financial agency;

(iii) An account with a person that acts as a broker or deal for futures or options transactions in any commodity on or subject to the rules of a commodity exchange or association; or

(B) Other investment fund. [Reserved]

The only seemingly possible application in the regulation to offshore gambling accounts is found in (c)(3)(i). But in examining the case law that discuss instances where institutions are "in the business of accepting deposits," it becomes evident that this phrase mostly deals with banks in the traditional sense. The lower court's holding in Hom focused on the statutory language (rather than the regulations) contained in 31 U.S.C. § 5312(a). That court's analysis looked to a decision in the Fourth Circuit, U.S. v. Clines, 958 F.2d 578 (4th Cir. 1992): While our court of appeals has not yet answered what constitutes"other financial account[s]" under 31 C.F.R. 103.24, the Court of Appeals for the Fourth Circuit found that an account with a financial agency is a financial account under Section 5314. Clines, 958 F.2d at 582. Under Section 5312(a)(1), a "person acting for a person" as a "financial institution" or a person who is "acting in a similar way related to money" is considered a "financial agency." Section 5312(a)(2) lists 26 different types of entities that may qualify as a "financial institution." Based on the breadth of the definition, our court of appeals has held that "the term 'financial institution' is to be given a broad definition." United States v. Dela Espriella, 781 F.2d 1432, 1436 (9th Cir. 1986). The government claims that FirePay, PokerStars, and PartyPoker are all financial institutions because they function as "commercial bank[s]." Section 5312(a)(2)(B). The Fourth Circuit in Clines found that "[b]y holding funds for third parties and disbursing them at their direction, [the organization at issue] functioned as a bank [under Section 5314]." Clines, 958 F.2d at 582 (emphasis added). As noted previously by the Ninth Circuit, the government failed to advance the argument below that two of the three accounts at issue in Hom were held with "casinos." Rather, they attempted to argue that PokerStars and PartyPoker were instead ACTING LIKE banks. This is particularly surprising because the same provision that lists a "commercial bank" as a "financial institution" in the statute relied upon by the government - 31 U.S.C. § 5312(a)(2) - provides that a financial institution also consists of:

(x) a casino, gambling casino, or gaming establishment with an annual gaming revenue of more than $ 1,000,000 which--

(i) is licensed as a casino, gambling casino, or gaming establishment under the laws of any State or any political subdivision of any State[.]

The statute indicates that to qualify, it is required that the casino/gaming establishment only need be licensed as such under the laws of ANY state or political subdivision, not necessarily the laws of the state the taxpayer/gambler resides in or conducts the gambling in/from. Now, we admittedly don't know the annual revenue of PokerStars or PartyPoker, but a quick look at the State of New Jersey Division of Gaming Enforcement's website indicates that the web address, www.pokerstarsnj.com, is "approved to conduct continuous 24 hour Internet gaming operations." Additional research indicates that this license was granted in March 2016, and so obviously, that wasn't the case at the time Hom was being argued in the lower court which just might have impacted the government's strategy below.

The holding in Hom leaves taxpayers with these offshore gambling accounts in an interesting position. While the Fourth Circuit's decision in Clines focuses on the statutory language almost exclusively with an emphasis on how the taxpayer actually uses the account, the Ninth Circuit looks to take what amounts to a much more narrow view, focused on the definitions provided by Treasury as to what constitutes these "bank, securities, or other financial account[s]" WITHIN the broader scope of "financial institutions." Yet the Ninth Circuit leaves the door open slightly to consider the circumstances of the account itself, leaving taxpayers in a bit of a conundrum. How so? Online gambling in the United States, with a few exceptions, is illegal and a violation of several federal laws that are beyond the scope of this article. However, it is long-settled law that U.S. taxpayers are required to report their worldwide income, from whatever source derived, be it legally or ILLEGALLY obtained. See James v. United States, 366 U.S. 213 (1961); see also I.R.C. § 61. If a taxpayer is required to report his offshore gambling account's existence on an FBAR, it suddenly becomes much more difficult for them to "forget" to report their gambling income, and/or to later argue for leniency in the event the government finds out. While this income reporting obligation applies irrespective of the FBAR requirement, it's certainly the preference of most taxpayers with these accounts that they not be required to give the IRS a roadmap to not only another source of income but a potential criminal referral to their friends at the Department of Justice. 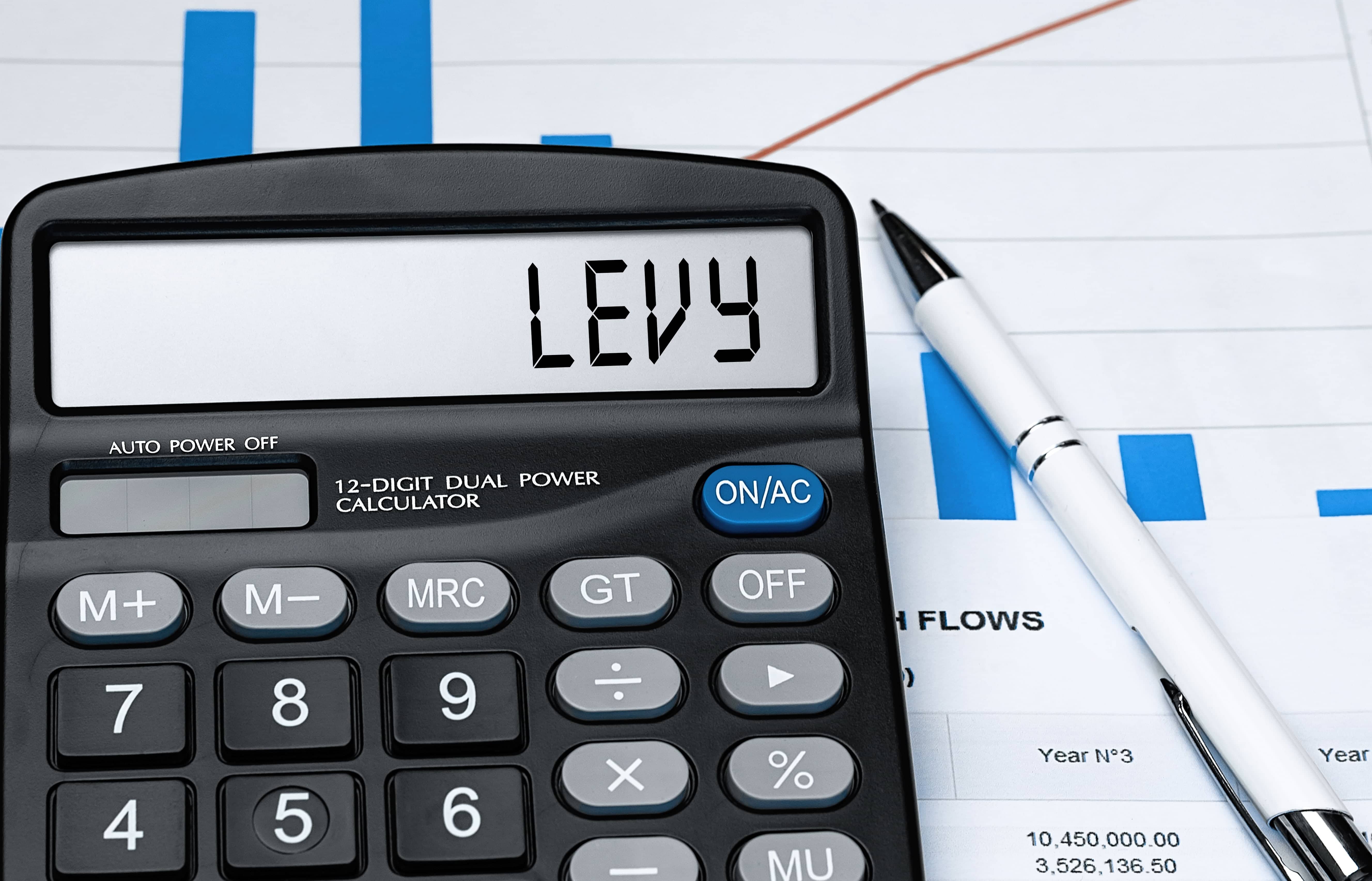 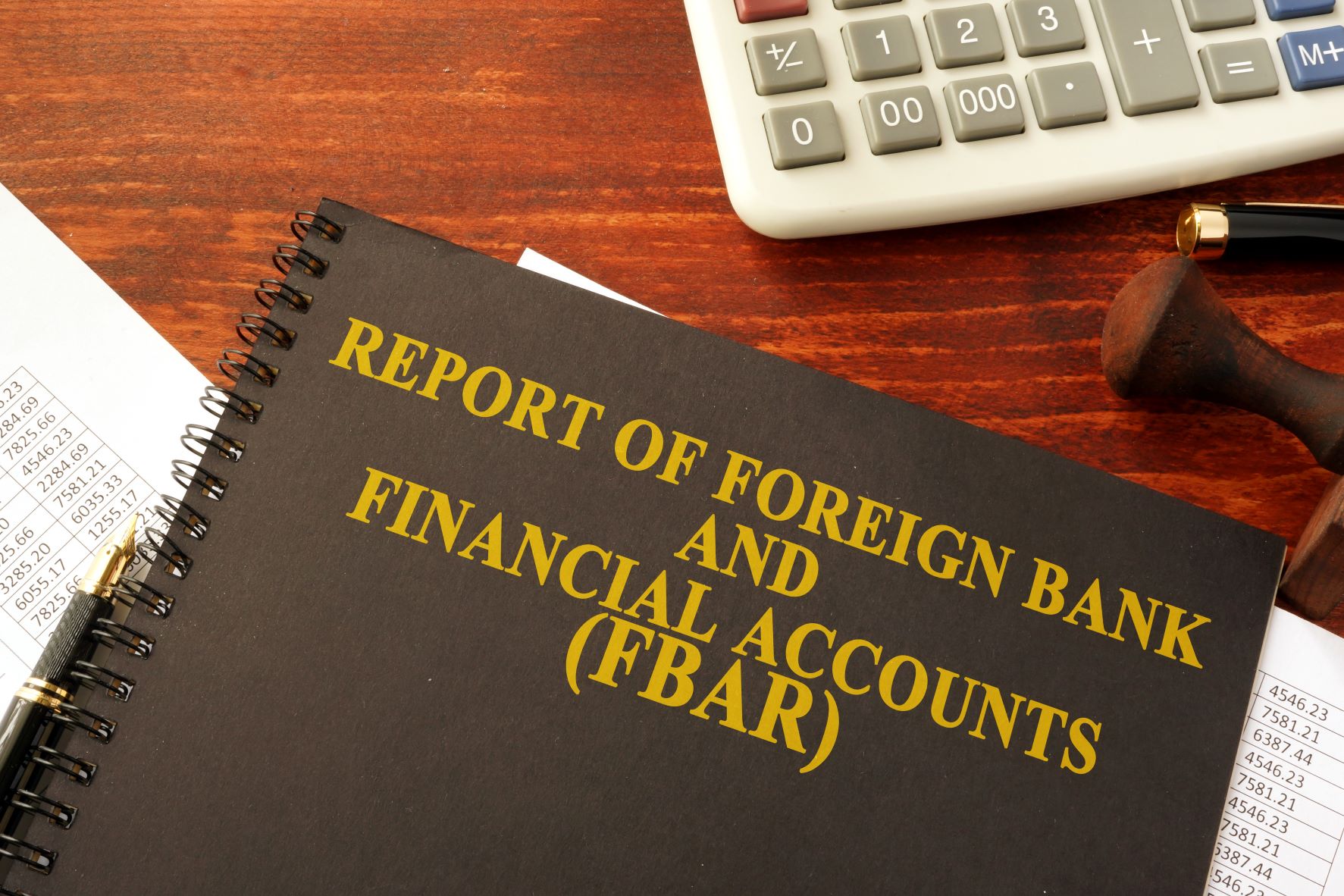 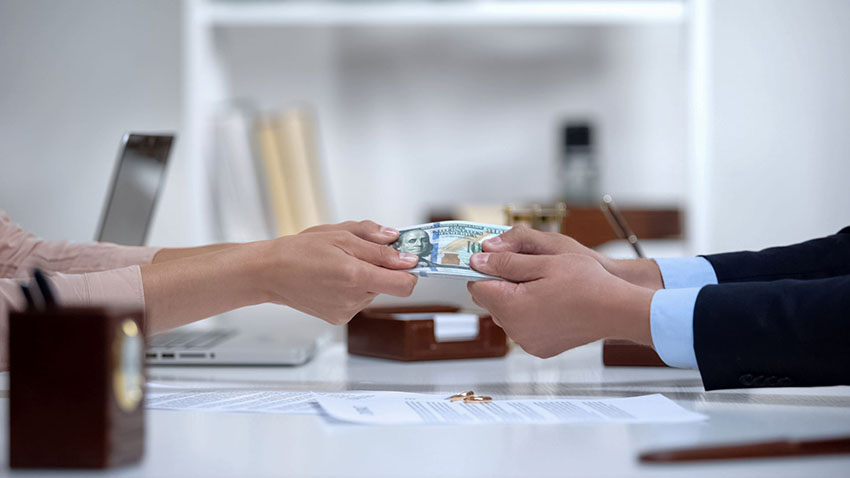 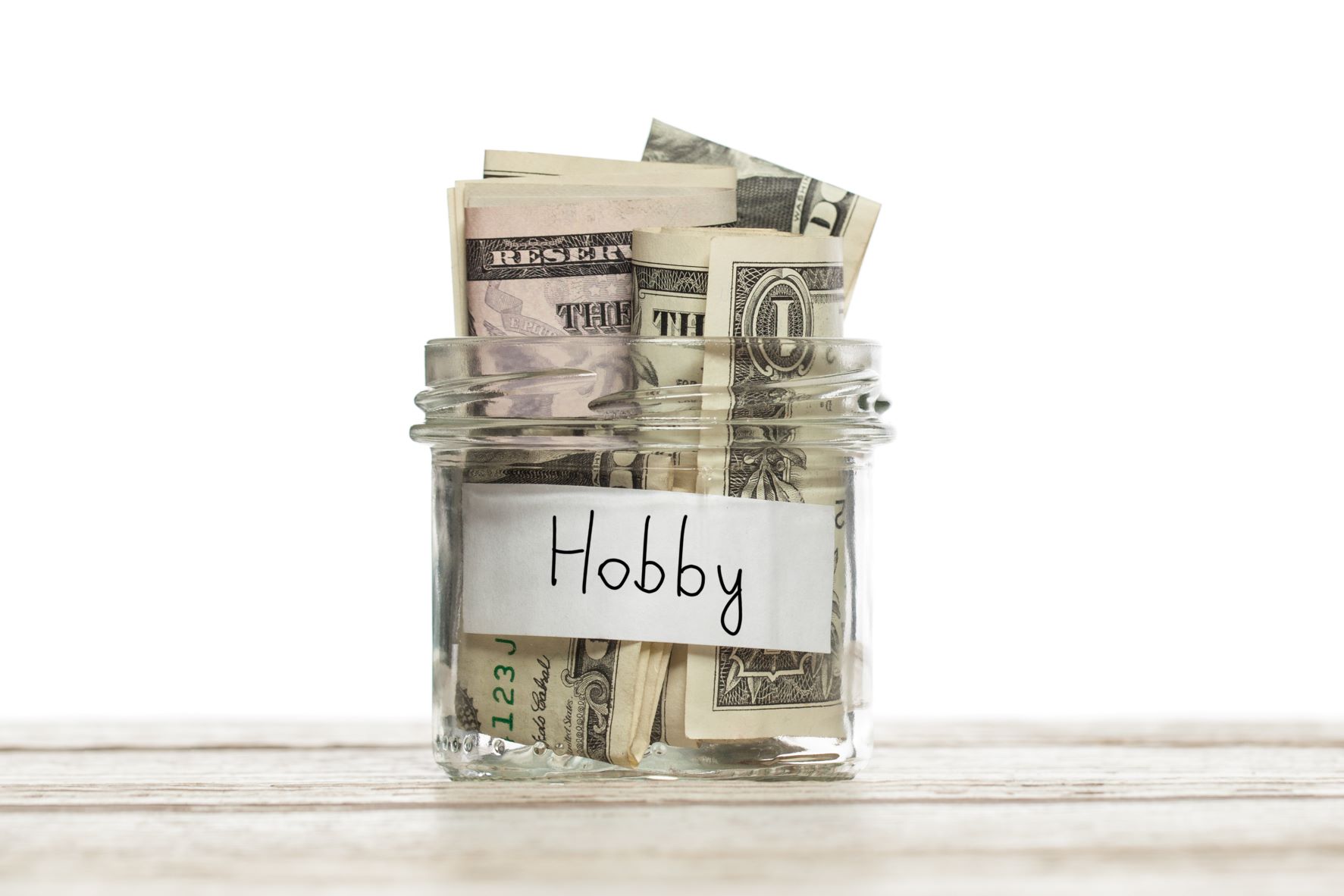 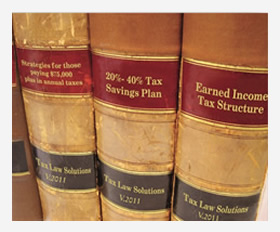